The new year is upon us, and as is customary, I want to examine my feelings regarding the year gone by.

I Literally Cannot Even

When the Electoral College of the US chose Donald Trump as 45th President of the United States of America, I dare say, a large part of the world was in shock. There has, in the history of humanity, never been a person less qualified for the job. This statement takes into account and includes Emperor Nero, Josef Stalin, and Adolf Hitler. What differentiates them from Trump is that they knew what they were doing. They were evil, of course, but they knew the system, the people, the tools, and the limits of their power (to an extent…). They knew exactly what they were doing. Granted, they all happened before Twitter, but odds are – being the micromanaging psychos they were – they would have demonstrated better impulse-control than The Orange One. My cats are more qualified to hold that office. Hell, every single object in this room would make a better President than Donald J. Trump. Also, did he just brag about the size of his… button? 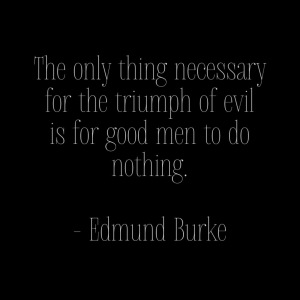 One unpleasant truth we must face, though, is that a shift to the political right is happening everywhere right now. The forces of Capitalism continue to pit the working class against the poor, and we keep falling for it. The result is Fascism. I am always perturbed when people wonder out loud how Nazi Germany could have possibly happened, all the while missing the signs right in front of their eyes. We are on the same track, some of us more than others. Switzerland is facing a direct attack on one of its most fundamental public services, and the fear of the outcome chills me to the bottom of my soul; meanwhile, I even have friends who don’t get it. If there are people in my own inner circle who are willing to trade a central tenet of democracy for money, then what can I hope for from the rest of the population? It is hard not to despair.

A brave woman of colour initiated a hashtag a few years ago, a symbol of solidarity for the victims/survivors of sexual assault. Last year, a few brave actresses came forward to show us – not really us, but I’ll get to that – how endemic the problem is to the entertainment industry. Women, and a few men, from all walks of life followed. Sexual harassment is a thing. It’s as old as humanity. The strong oppress the weak. Nothing new. But suddenly, apparently, we reached critical mass, and people started taking notice. And by “people” I mean “men”, because, apparently, they didn’t know. And I’m relieved that the movement has cost rapists and harassers their careers (even if Woody Allen and Roman Polanski are still ludicrously untouched), but OMG am I tired of men not believing what we’ve been telling them for literal decades. It must end now: stop telling women how not get raped; teach your fellow men to not fucking rape.

Yes, #metoo. Because frankly, you don’t know a single woman who has never been sexually assaulted. If you’re a man, I need you to stop acting like it’s a rare thing and do your fucking part.

While there are many contenders out in politics for “Worst of 2017”, my personal worst is a personal situation. To our immense shock and grief, Martin died in October 2017, at the age of fifty. As one of his obituaries put it: “He was always late, and now he left much too early.”

Again, my highlight of the year is fundamentally personal. In early 2017, I decided to start learning Korean, as I’m a person of languages, and I haven’t had a decent challenge in ages. My only languages are the Colonial ones, and, let’s face it, they’re easy. I decided on Korean because I was scared of Japanese with all its Kanji, and South Korea’s culture, while different from Japan’s, is at least in the same general… er… ballpark, or something. Since my primary way of assimilating language is through books, I got a few books. And since my primary method of immersion is music, I went looking for a Korean band that I could get into.

I set out to find a Korean band, but since all the websites I can read at this juncture mix their K-Pop with J-Pop, the band I fell in love with at first sight is, of course, Japanese. So, things being what they are, I have been listening to Japanese heavy metal for the better part of this year, and, obviously, I’ve started learning Japanese. I’ve also bought a metric ton of books about Japanese language, cooking, and culture, the latter explaining how the Japanese don’t expect us Gaijin (“outside person”, disrespectful term for foreigner) to have any kind of manners at all. Although, I dare say, Swiss people, being almost as formal, and similarly stuck up about many things, might do better in Japan than most other nationalities.

The most important effect of finding this band, and finding back to this country, really, is the sense of purpose it gives me. Languages have always been my thing, and Japanese is probably the most complex language I can ever hope to learn. Most of all, learning Japanese gives me a goal. Sometimes, I need goals. My standards regarding language are high: I’m not content with ordering a beer, I want to be able to read classic literature in its original language. Japanese, being what it is, makes this goal harder to achieve than the languages I’ve learnt before. This is going to be a long road. I’m excited!

As I have said often, I am surrounded by so many absolutely amazing people, I cannot fathom how that even happened. I think I was born lucky.

It’s an old adage that we cannot choose our family, but fortunately, I have been blessed. What a lot of people don’t seem to fully grasp, is that we also cannot choose our country of origin, or the colour of our skin. While my skin colour has been known to be mildly problematic with the white people from time to time (and sometimes with black people, for whom I am not sufficiently coloured), I view it as an asset rather than a hindrance. As to the country I was born into, that’s the equivalent of a jackpot. I am grateful. And that’s all we can ever be: grateful. We don’t get to be proud because we were born in a specific place; we did nothing to earn it. It is the result of a cosmic roll of the dice. But we can, we must, be grateful. And remember: with great power comes great responsibility.

There’s the family we’re born with, and the family we choose, and I am constantly amazed by how well life has treated me in this regard. I have friends. Good friends. Friends that are like brothers and sisters. To all of you: thank you. I love you.

I am surrounded by utterly awesome women. First and foremost, I’d like to thank the Invertebrates Appreciation Society, for being the kickass bitches you are. You are everything to me. I love you.

I love my Karaoke From Hell family with all my heart. Who would I be, if I hadn’t met you all? This is Martin’s true legacy: the community he built around him.

I am grateful for all the women I met through Aktivistin.ch. Patriarchy isn’t going to smash itself!

To everybody in Seattle and the rest of the US, I want to make clear that I love you. From afar, for the time being. It’ll probably be a while before I can/want to travel there again, but you are in my thoughts at all times. If I could, I’d have you all shipped here, to the land of mandatory health care.

To old friends and new: I’m so glad I met you! You are amazing! Here’s to 2018 and the adventures to come!