This is an old piece that I wrote half a year ago and then never published. But since today is the Diada de Catalunya, the Catalan national holiday, I thought, you know, why not. And while the piece was triggered by the Catalan situation (honestly, back then what wasn’t?), it applies to all instances where news are presented.

It’s a funny thing, really. One of the posts that came my way on Facebook after the referendum last year was one about how „fake news“ – out of Russia, as per usual – had instigated the people of Catalonia to push for independence. This, of course, to destabilise Europe. Now, when I say funny, I really mean „what the fuck is wrong with people?“, but for the sake of argument, I’ll play.

Have fake news pushed the Catalans towards independence?

I would argue that yes, they have. Mostly the fake news of the mainstream press in the 90s, who quoted then-president José María Aznar and his eternal, mantra-like „España va bien“, Spain is doing fine, when Spain was not, in fact, doing fine. Spanish mainstream press, and the government-owned television station have to be some of the least objective sources of „news“ I’ve ever encountered.

It was when I lived in Spain that I first learnt to question the press. In Switzerland, or rather, in Zurich, we have two main newspapers and a piece of trash. They are Tagesanzeiger der Stadt Zürich, traditionally somewhat left-leaning, Die Neue Zürcher Zeitung, conservatives, and the pile of shit that calls itself Blick, with headlines you can spot from two kilometers away, and the mouthpiece of populism since the dawn of time. While there are differences in their reporting, they were a question of tonality most of the time. There are laws in Switzerland that prohibit spreading outright lies, as Blick have come to realise every so often. It’s different now, though; I consider neither of those actual newspapers very good sources of information anymore. But that’s not the point, as there are still laws agains publishing falsehoods as facts.

Now, Spain, that was a different animal. When I lived there in the mid-90s, I quickly understood that everybody was lying. Or maybe not so much lying as alternatively omitting and exaggerating, whichever served their ideology. To actually find out what had really happened at any given time, one had to read at least two newspapers of differing political slant. This was exponentially true when it came to incidents that had to do with the respective independence movements in Catalonia and the Basque Country – who were both already very much alive at the time.

Whenever anything happened in the Basque Country – and that’s where things tended to happen back then – I bought both El País, the Spanish centralist paper, and Egin, the Basque newspaper close to the separatist cause. According to El País, the Basques were terrorists. According to Egin, they were victims of oppression. The truth was a middling thing. The Basques might not have been entirely as bad off as the Palestinians, seeing as their cities were not being bombed (not since the 1930s, that is). One might, however, question all the disappearances of people, as well as the excessive jail sentences for what Orwell might have called thoughtcrimes. I am not referring to actual acts of terrorism, which did happen. But there was a time when everybody and their dog could be accused of „belonging to an armed group“, however tenuous that link might have been. It allowed the government to imprison family members of suspected terrorists before even those alleged terrorists could be apprehended. I knew one woman who served six years in jail, basically for knowing a guy who knew a guy. 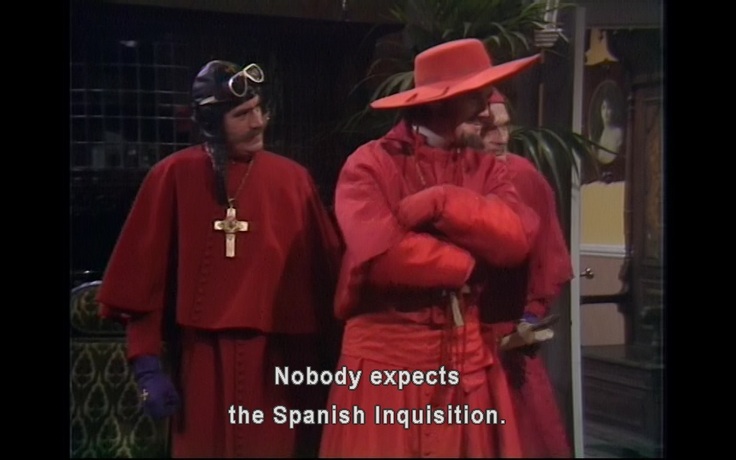 By 1998, the central government stepped up its war against the Basque, by closing down everyone and everything. Egin was closed, members of Herri Batasuna, a political party often accused of being in bed with ETA, the Basque terrorist organisation, were arrested. According to the judge in question, „everything is ETA“, so everything had to go. On the day Egin was closed, Aznar was in Turkey. When he was asked about what had happened in the Basque Country, he famously said, „did you think we wouldn’t dare?“, making it clear that, at least in the particular case of the Basque Country, the separation of powers might not have been as absolute as the constitution stipulates. By the way, Egin was finally found to not actually belong to said armed group. But by then it was too late to resume activities. Of course. Other Basque papers were closed, but new ones stepped up to fill the void. Today, Gara is alive and well.

Why am I talking about the whole Basque situation, when the topic here is fake news and Catalonia? For two reasons.

Fake News before the Referendum

Are Catalans being overly dramatic in the depiction of their situation in Spain? Of course they are. But let’s not be all precious here: the Spanish aren’t a subtle people, either, and exaggeration is probably genetic at this point. The Catalans didn’t need to be pushed in the direction of independence. The movement was born the moment they lost their independence, 300 years ago. Why are they pushing so hard right now? Well, I don’t know. Would next year have been more convenient for you? The last vote regarding this question was, what, three or four years ago? Nothing about this is sudden or unexpected. This is an ongoing conflict. No amount of fake news could have galvanised the Catalans into action NOW, if there hadn’t been an effort there all along. Naturally, we could ask ourselves whether it could have been prevented. Maybe, if the central government had been slightly more inclined to actually talk about l’Estatut before letting the Supreme Court tear it to pieces. But what do I know?

Fake News after the Referendum

Now, that, ladies and gentlemen, is where the what-the-fuckery begins in earnest. Because the Spanish Foreign Minister now says that the violence we saw on the day of the referendum was fake. Yes, he said that where people could hear him. Astonishing, I know. Especially since one of the eye witnesses was BBC’s own Tom Burridge, who, of course, might or might not be a pro-Catalan agitator, I guess. The obvious take-away is this, though: the forces routinely gaslighting us come from the right, not the left.

Now, it is my observation that the current „Fake News“ trend originated with none other than his Orangeness at the head of the US government. A man whose relationship with consensual reality (or, indeed, consensual anything) is practically non-existent, and whose lies are so transparent as to make him an embarrassment to pathological liars everywhere.

So… Just so we’re clear: there is a known liar accusing everybody else of lying, and ever since, we’ve been talking about fake news like it’s a new thing, as if misinformation and propaganda hadn’t existed for as long as humanity itself. Have you ever read a history book, written by white people, for white people? And you think that stuff is objective truth? How naïve are you, even? Those whom we glorify as the Resistance today were nothing but terrorists in Göbbels‘ view. Understand the source of what you read, then apply the correct filter. And please: stop pretending that there’s anyone in the world who hasn’t been doing this. Nobody is objective, not me, not you, not even the experts. That doesn’t mean we’re wrong, it just means that we have to adjust for bias. Look, here’s a little chart for you. You’re welcome.

Needless to say, this little guide applies to wherever you live. Again, we are all prone to partiality. And yes, we should absolutely make sure we hear the voices outside of our echo-chambers. But not all news are created equal, and right now, the factlessness on the right side of the political spectrum is alarming. So, you know. Go forth and read, then think, and then decide!